Please join the PCSC and Princeton in Hollywood at the Writer's Guild of America, West for an informative and fun evening of networking and Hollywood stories, featuring screenwriter Craig Mazin '92 (Identity Thief, The Hangover  Part II, The Hangover Part III).

8:00pm - 8:30pm — Networking.  Light refreshments and appetizers will be served.

About Craig Mazin '92 (from Wikipedia) 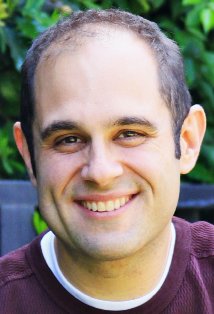 As a screenwriter, his credited work includes Senseless, RocketMan, Scary Movie 3, Scary Movie 4 and Identity Thief. Other projects in development include the upcoming movie Opus, an animated collaboration with cartoonist Berkeley Breathed. He produced and directed (but did not write) the low-budget superhero film The Specials. Mazin wrote and directed another superhero film spoof Superhero Movie. He also co-wrote the script for the films The Hangover: Part II and The Hangover: Part III.

In 2004, Mazin was elected to the board of directors of the Writers Guild of America, west. He did not seek re-election, and his term expired in September 2006.

In 2011, Mazin and fellow screenwriter John August began Scriptnotes, a weekly podcast on the craft of screenwriting and the film industry.