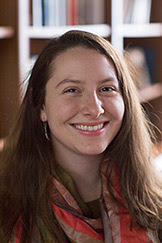 We know southern California produces exceptional scholars, and Anastasya Lloyd-Damnjanovic is further proof. Anastasya received the coveted Daniel M. Sachs Class of 1960 Graduating Scholarship. She will graduate in the spring with a degree in Politics and pursue an MPhil in international relations at Worcester College, the University of Oxford.

Anastasya also won the Shapiro Prize for Academic Excellence and serves as news editor of The Daily Princetonian. She’s a 2010 graduate of John Marshall High School in Los Angeles. On behalf of LA area alums, we send our congratulations!