Advance Screening of WOMAN IN GOLD with Randy Schoenberg, ’88

Advance Screening of WOMAN IN GOLD with Randy Schoenberg, ’88 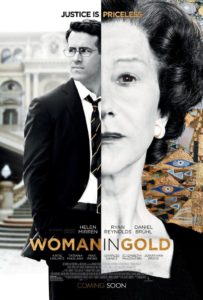 Join us on Wednesday, March 25th for an advance screening of the film and a Q&A session with Randy afterwards. The Q&A will be moderated by Amanda Susskind, Regional Director of the Anti-Defamation League.

E. Randol Schoenberg, '88 is a renowned legal expert on art restitution and the president of the Los Angeles Museum of the Holocaust. He successfully recovered five Gustav Klimt paintings from the Austrian government after the U.S. Supreme Court lifted Austria's jurisdictional immunity in the seminal case Republic of Austria v. Altmann (2004). Twice during Randy’s years of legal battling with Austria, he spoke to the Princeton Club, updating us on his progress. His efforts on behalf of Maria Altmann are documented in the forthcoming film, WOMAN IN GOLD, starring Helen Mirren and Ryan Reynolds (as Randy).

WOMAN IN GOLD is the remarkable true story of one woman's journey to reclaim her heritage and seek justice for what happened to her family. Sixty years after she fled Vienna during World War II, an elderly Jewish woman, Maria Altmann (Helen Mirren), starts her journey to retrieve family possessions seized by the Nazis, among them Klimt's famous painting Portrait of Adele Bloch-Bauer I. Together with her inexperienced but plucky young lawyer Randy Schoenberg (Ryan Reynolds), she embarks upon a major battle which takes them all the way to the heart of the Austrian establishment and the U.S. Supreme Court, and forces her to confront difficult truths about the past along the way.